Factors that graders consider when determining a clarity grade include the size, nature, number, location, and relief of the inclusions. A diamond receives multiple opinions on the clarity grades it receives, so there is a consensus among expert graders as to what the appropriate grade should be.

There are five factors that affect how clarity is determined in a diamond, and how inclusions are considered; size, nature, number, location, and relief.

Generally, the larger the inclusion, the greater the impact on the clarity grade. If inclusions are large enough, they can also impact the durability of the stone.

For the most part, the greater the number of clarity characteristics, the lower the clarity grade. However, inclusions are not always judged on the number, but on how readily they are visible.

Location is the position of the inclusion/blemish in the diamond. Inclusions closer to the center of the table tend to have a greater impact on the clarity. Inclusions closer to the girdle (further from the table) are generally more difficult to see, and if they are surface reaching may be at risk for damage. Inclusions that are positioned near the pavilion have the potential to reflect, as the pavilion facets can act as mirrors, reflecting the image of the inclusion. Inclusions that are visible when focusing past the culet have less impact on the clarity grade. In addition, the shape, cutting proportions, and facet arrangement can affect clarity grade by obscuring or emphasizing clarity features.

Relief refers to the distinctness of the inclusion in contrast to the host diamond. The greater the relief, the greater the effect on the overall clarity grade. 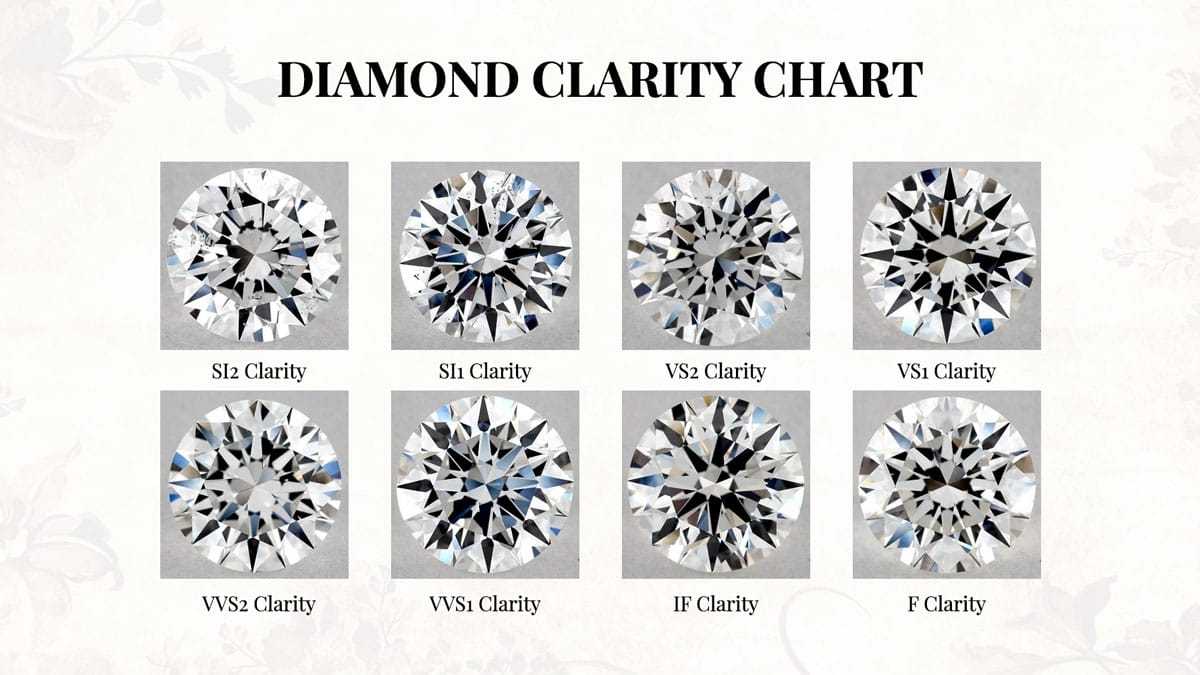 Diamond clarity is the quality of diamonds relating to the existence and visual appearance of internal characteristics of a diamond called inclusions, and surface defects called blemishes. Clarity is one of the four Cs of diamond grading, the others being carat, color, and cut. Inclusions may be crystals of a foreign material or another diamond crystal, or structural imperfections such as tiny cracks that can appear whitish or cloudy. The number, size, color, relative location, orientation, and visibility of inclusions can all affect the relative clarity of a diamond. A clarity grade is assigned based on the overall appearance of the stone under ten times magnification. 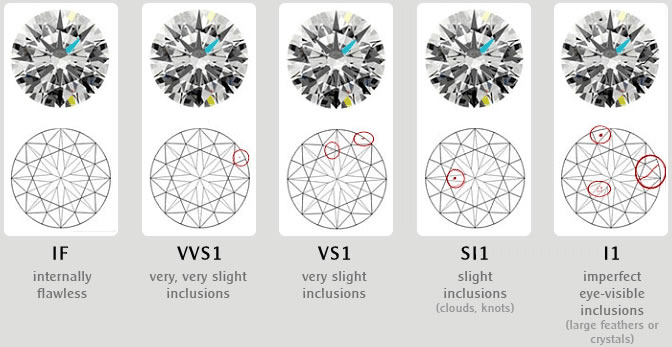 Most inclusions present in gem-quality diamonds do not affect the diamonds’ performance or structural integrity and are not visible to the naked eyes. However, large clouds can affect a diamond’s ability to transmit and scatter light. Large cracks close to or breaking the surface may reduce a diamond’s resistance to fracture.

Diamonds with higher clarity grades are more valued, with the exceedingly rare Flawless graded diamond fetching the highest price. Minor inclusions or blemishes are useful, as they can be used as unique identifying marks analogous to fingerprints. In addition, as synthetic diamond technology improves and distinguishing between natural and synthetic diamonds becomes more difficult, inclusions or blemishes can be used as proof of natural origin. 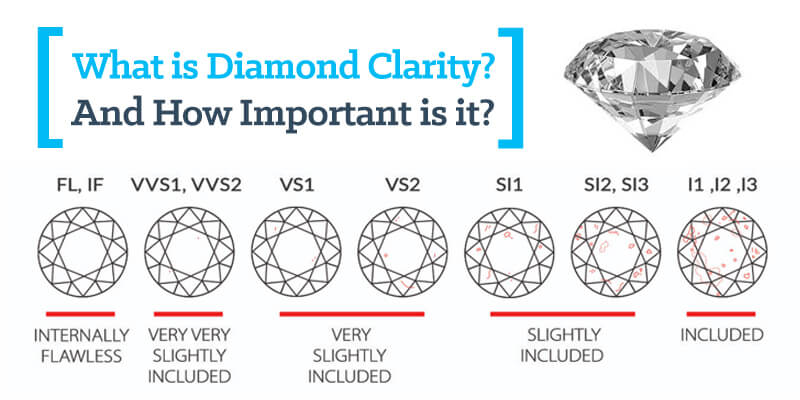