The name derives from the Latin word “granatus” meaning “seed like” as garnet was compared for its colour with pomegranate. It was traded in Tunisia from the Roman times. The luxurious gem is found in locations all over the world from Italy to Mexico, Spain Russia and Kenya.

Garnet is most popular in colour deep red however garnet comes in various colours ranging from browns, reds, oranges and yellows to purples, greens and blacks. Garnet exhibits glassy lustre, is durable and extremely flexible as can be cut to any shape. Garnets are not artificially treated in anyways to enhance its characteristics. 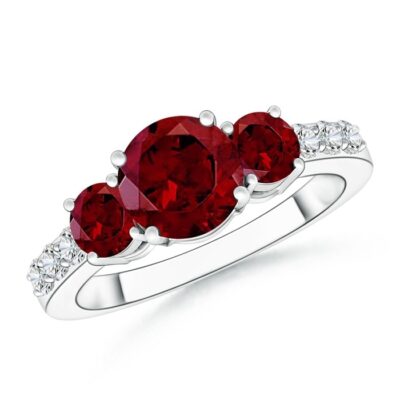 The most popular garnet gems are those which are transparent, faceted stones. Ancient Egyptians regarded them as the symbol of life and they are known to represent eternity and commitment, making garnets a great gemstone to add to an eternity ring or unusual engagement ring.

The use of garnet date backs thousands of years to Egyptian pharaohs as they used it for decorative and ceremonial purposes. Garnet is thought to symbolize healing powers, faith and trust. It was favoured by the travellers as it was also considered to preserve health and protection.

Garnet is the birthstone for January and 2nd wedding anniversary. 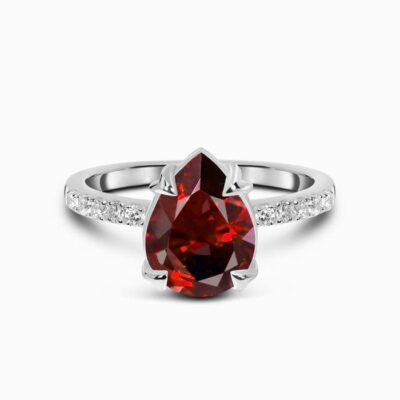 Special care is needed to look after a Garnet as it is hard also brittle. Keep your jewellery looking as good as the day it was purchased by removing the jewellery prior to physical activities in sport and hard work in case of hard knocks. Garnet should be stored in a soft pouch or jewellery box to prevent scratching and damage. Soap and liquid cleaners should be avoided as these may cause the stone to become dull. Harsh detergents or chemicals such as bleach or chlorine could cause erosion of the stone. To clean garnet rinse thoroughly with water and dry with a soft jewellery cloth.