Tanzanite was first found in 1967 in Tanzania (East Africa) and it has been named after the country. Tanzanite is part of the Zoisite mineral family and is thought Tanzania is the only source of production. Although it is a much newer gem it is the second most popular blue gem after sapphire. 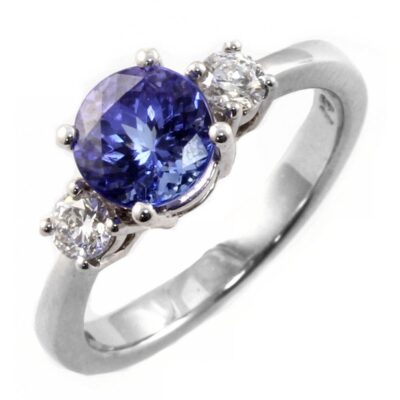 Its colour is a blue colour with purple overtones which can be heat treated to reduce the purple tone and increase the more popular blue hue. Its pleochroism means that when viewed from different angles different colours can be seen. Tanzanite is a soft stone however can be worn daily with care, should be protected from knocks and extreme temperature changes, such as refrain the gem from direct sunlight as sensitivity to light can cause discoloration. Tanzanite can be cut into any shape however the most common is ovals and cushions, this is to keep the carat high as possible also due to the softness of the gem special care should be followed when cutting, setting and polishing. Tanzanite are set in all different jewellery rings, necklace pendants, bracelets and brooches, high grade gem is set in either gold or platinum and made into fine jewellery. The intense colour makes it an excellent choice as a jewellery gemstone. 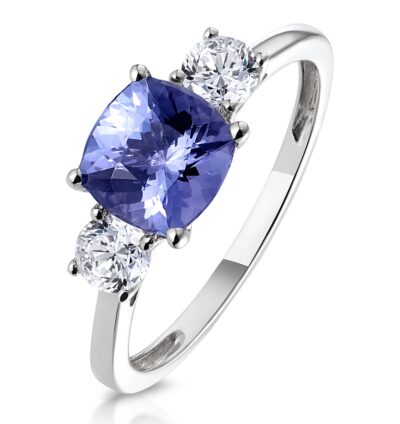 In 2002 tanzanite was added to the official birthstone gems for month of December along with zircon. It is also given as 24th wedding anniversaries.

Tanzanite is a reasonably durable gemstone but can be susceptible to scratching and damage from hard knocks. Tanzanite jewellery should be stored in a soft jewellery pouch or box when not being worn to avoid scratching and damage. It should be cleaned thoroughly with water and dried with a soft jewellery cloth. Tanzanite jewellery should not be cleaned with diamond or gemstone solution cleaner and contact with harsh detergents and chemicals such as bleach or chlorine should be avoided as they may cause erosion to the stone.